The company was founded in 1877 by William Wilson in Hunslet. Royal approval around 1900 has contributed to Silver Cross occupying a special place in the hearts of the English.

In 1897, William opened a purpose-built factory on White House Street, unfortunately it burned down.
Undaunted, William decided to build a much larger factory and named it "Silver Cross Works". William died in 1913, leaving his factory to his sons; James, Irwin and Alfred.

In the 1920s, Silver Cross became the No. 1 royalty manufacturer when the brothers delivered a Silver Cross pram to King George VI and Queen Elizabeth. In 1936 the company had grown to such an extent that it had to move to an old silk factory in Nantwich, where it remained until 2002. 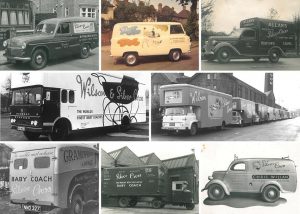 Back to the brand overview.