As already indicated on the other pages, we mean by luxury or English prams, prams with a large (preferably painted) body and behind large and in the front smaller spoke wheels. In Great Britain, one speaks of a "coach built pram" or a "vintage pram". A lover and / or collector is called a "prammie". Various prammies are active in various groups on Facebook, we also have a group: Facebook.

Below are the pictures of the various prams we have or have had. If you click on the photo, the photo is displayed enlarged. We have added as much information as possible to us. Some prams have already been restored, others still have to be refurbished.

If you are looking for information about a particular pram, please send an email, preferably with a photo or photos. We always try to answer. 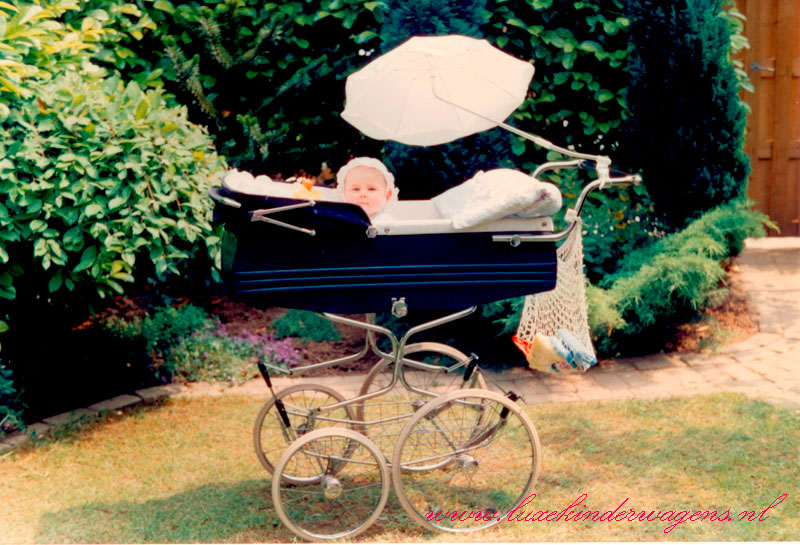 This is the pram that our children have been in. The pram was originally burgundy but after being damaged we restored it to blue. 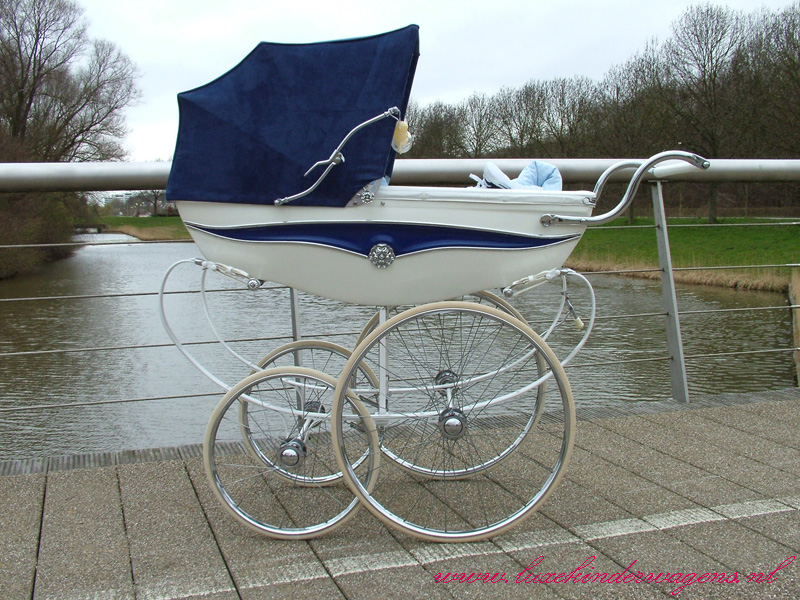 We have restored this pram and we still regularly take it with us for our parades. 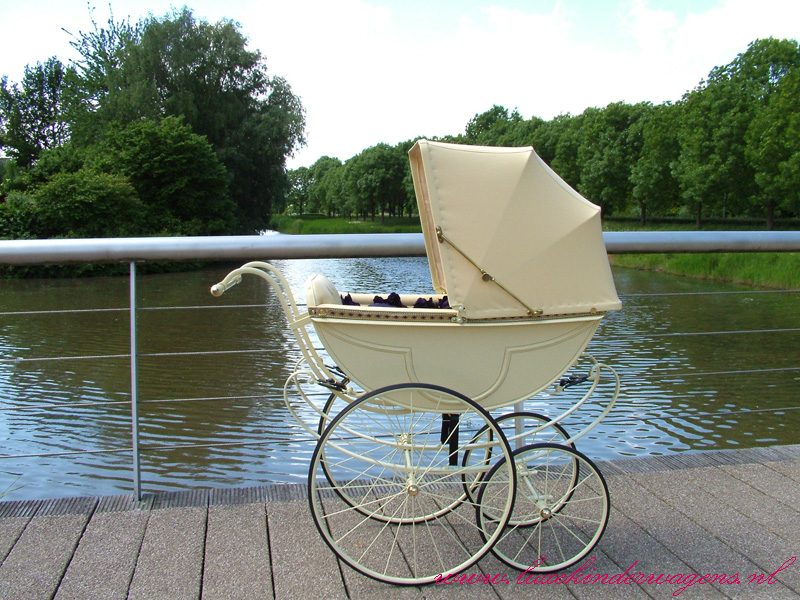 We have restored this pram completely manually. 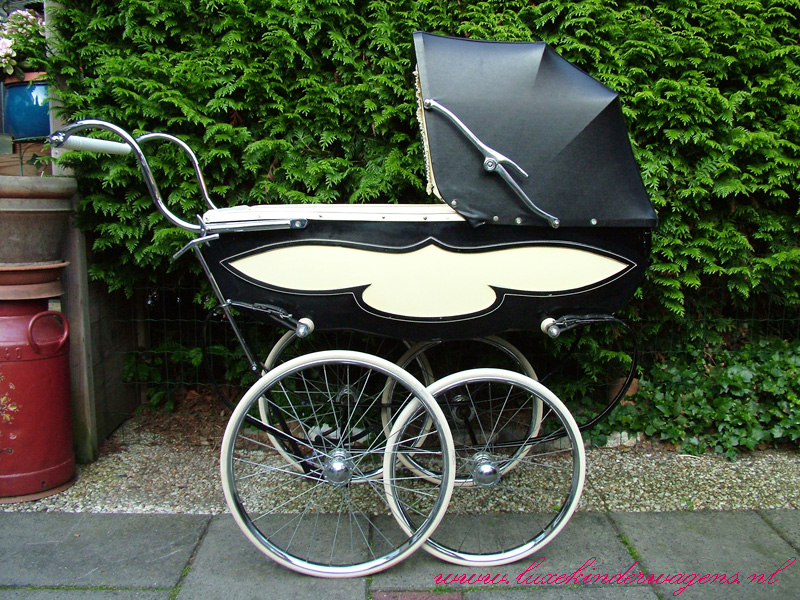 This was the first pram we bought in 2008, when we started with Luxury prams. The pram is still in its original state. 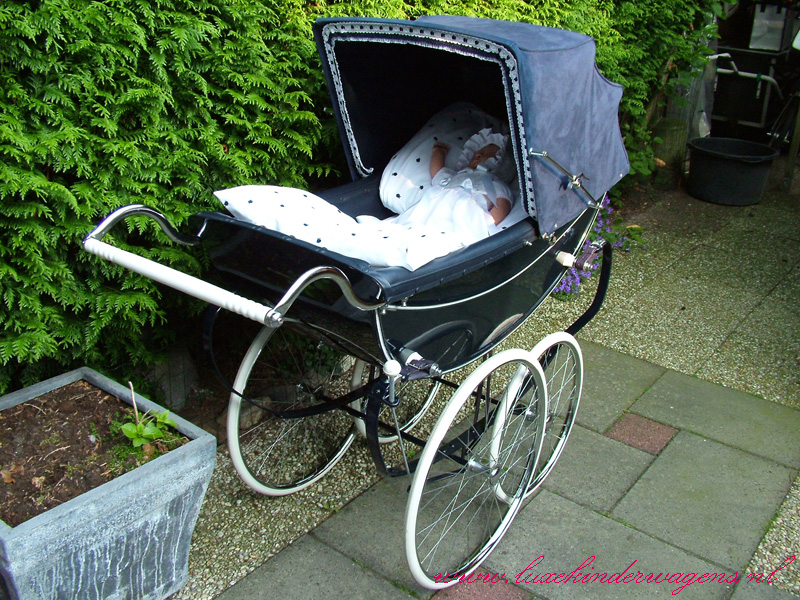 With the exception of the body, we have completely restored this distinguished English pram. 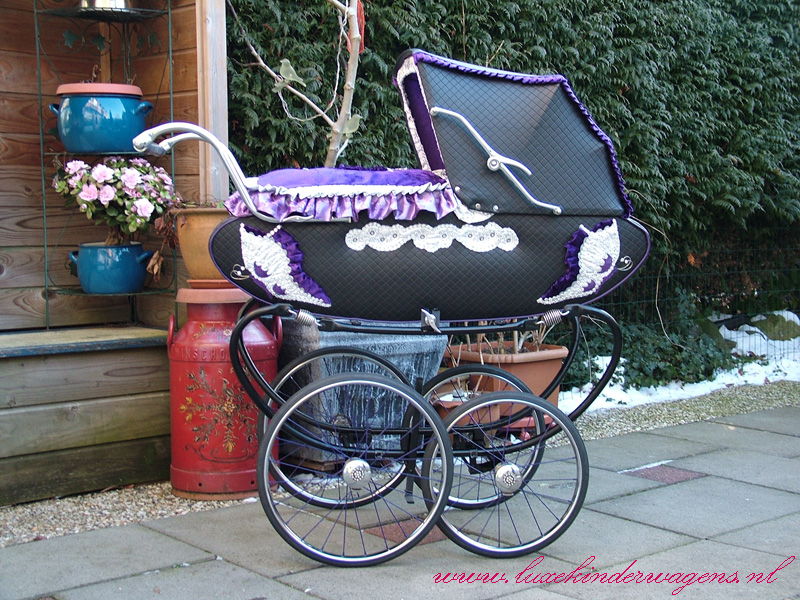 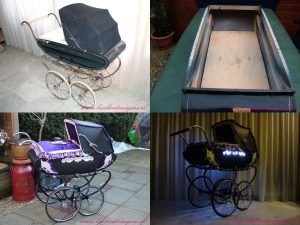 This Mutsaerts pram was in a too poor condition to restore, so we made it into a theme pram. The pram is equipped with LED lighting on the sides and under the body. We no longer own this pram. 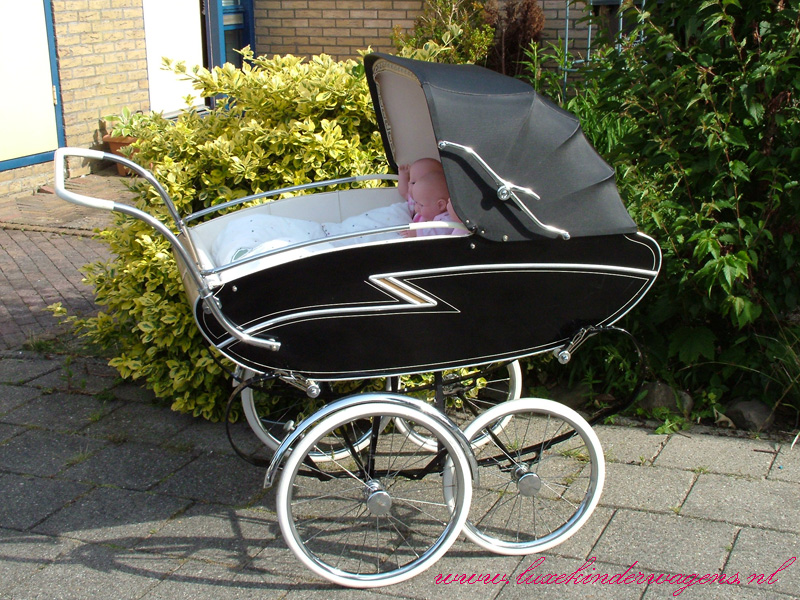 We also regularly take this Van Delft twin pram for our parades. 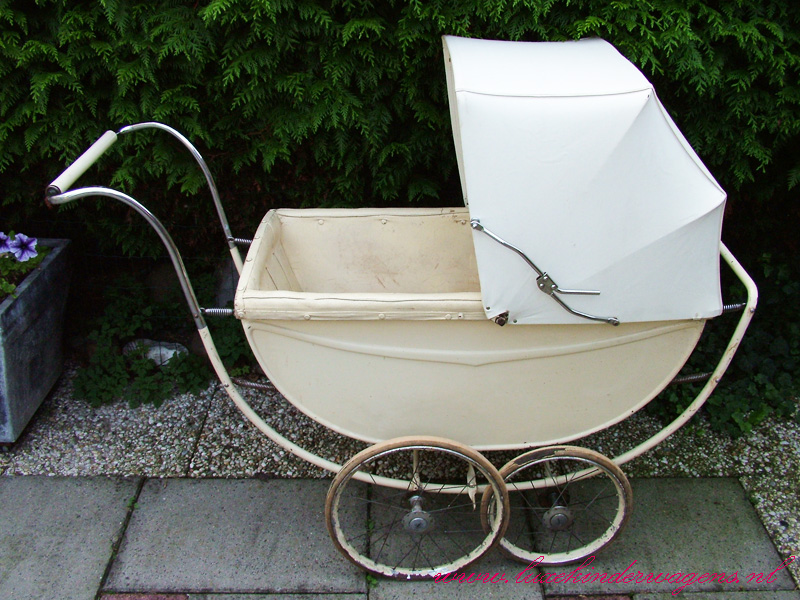 This pram was owned by the Philips family (of Philips lightning) who brought it from London to the Netherlands after the war. 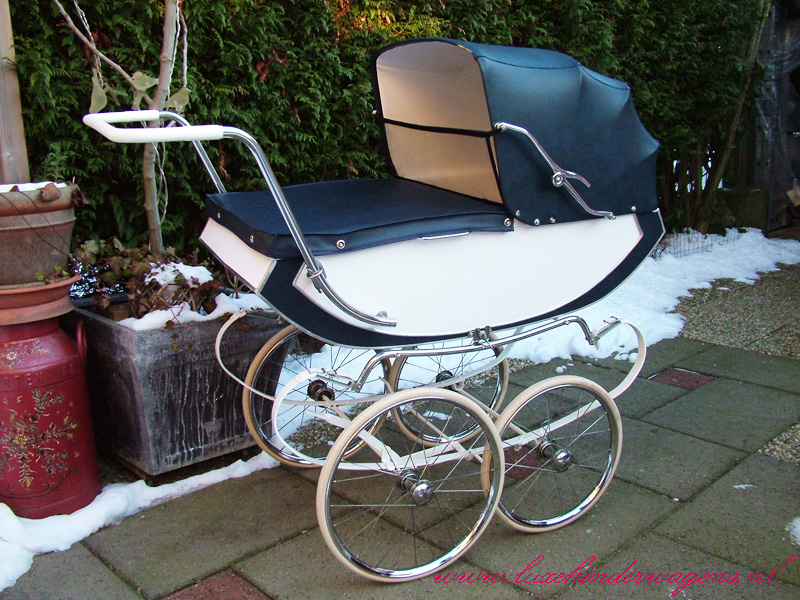 This twin pram was restored by us after purchase and sold. After about 2 years we have bought this pram back (now from another owner) and restored again. The pram was then sold to Berlin (D). 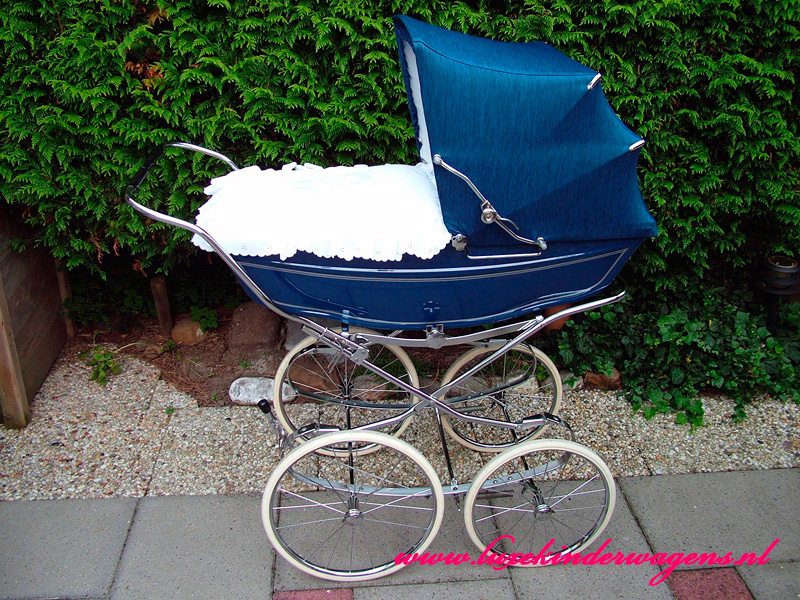 We have completely restored this pram. 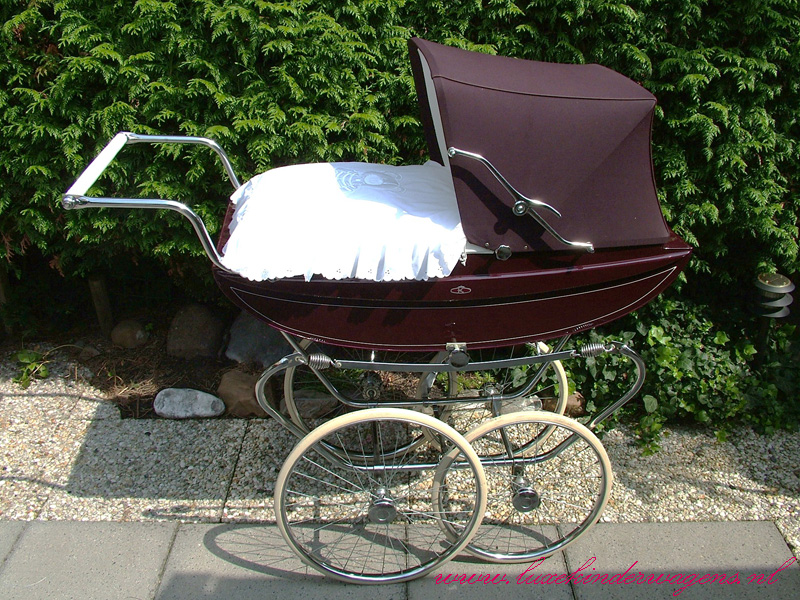 This pram is no longer in our possession. 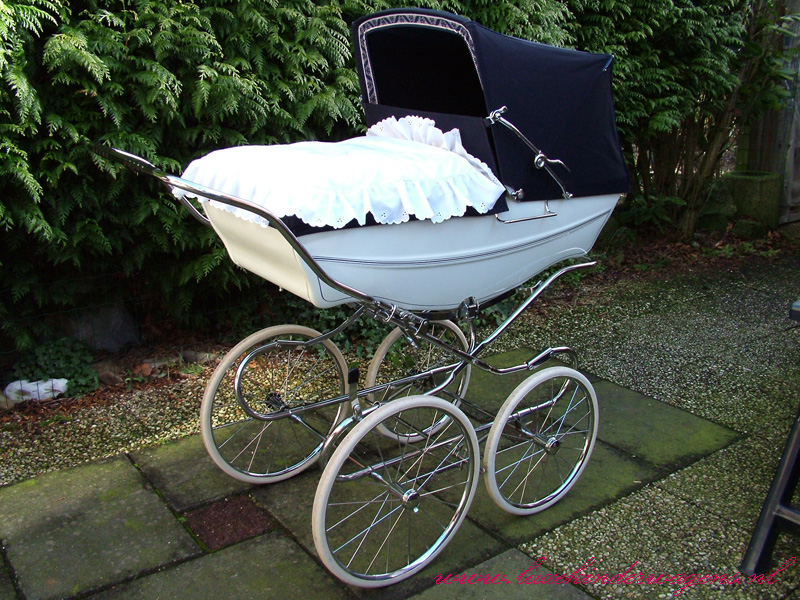 The Tenby is perhaps the best known model of Silver Cross. We have now sold this pram, after restoration. 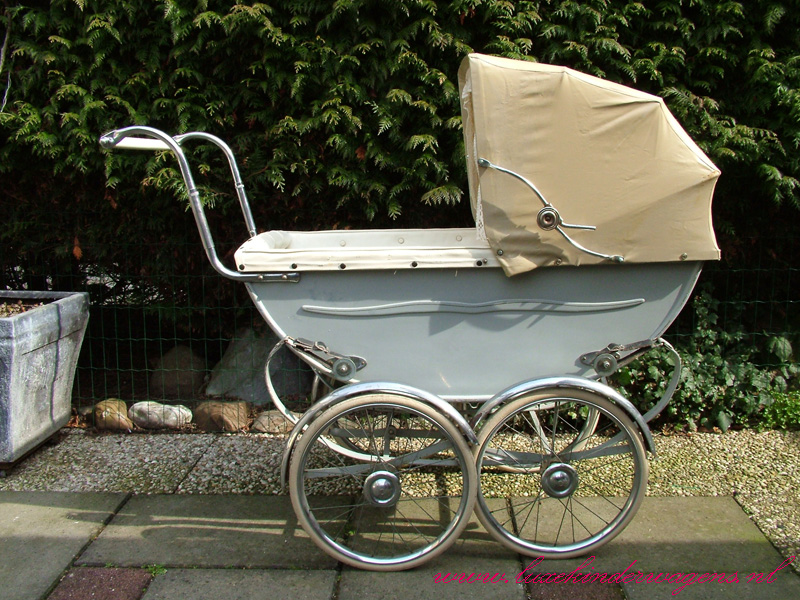 This pram was made by GEbroeders Tielkemeijer Amsterdam. 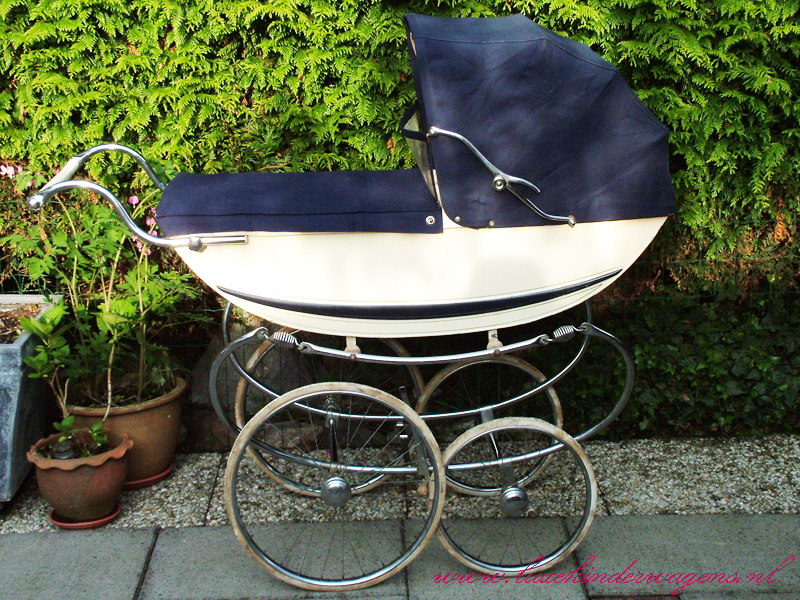 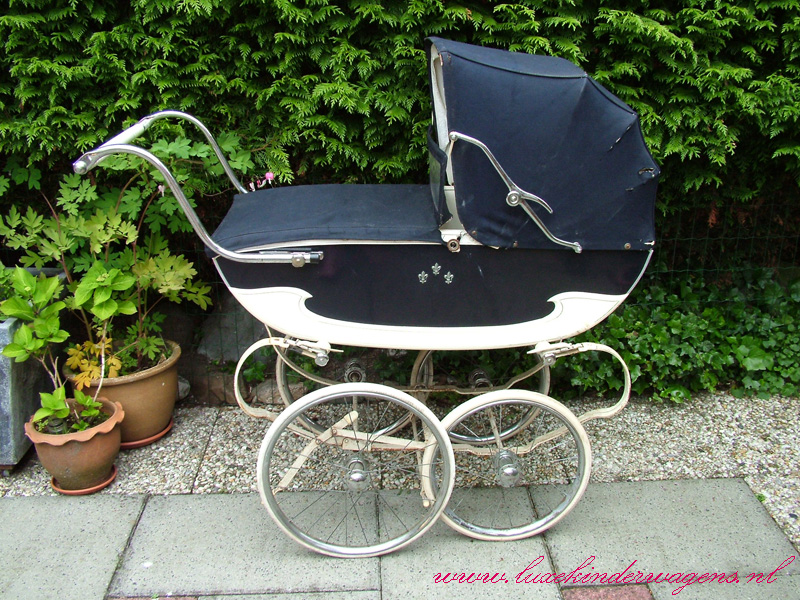 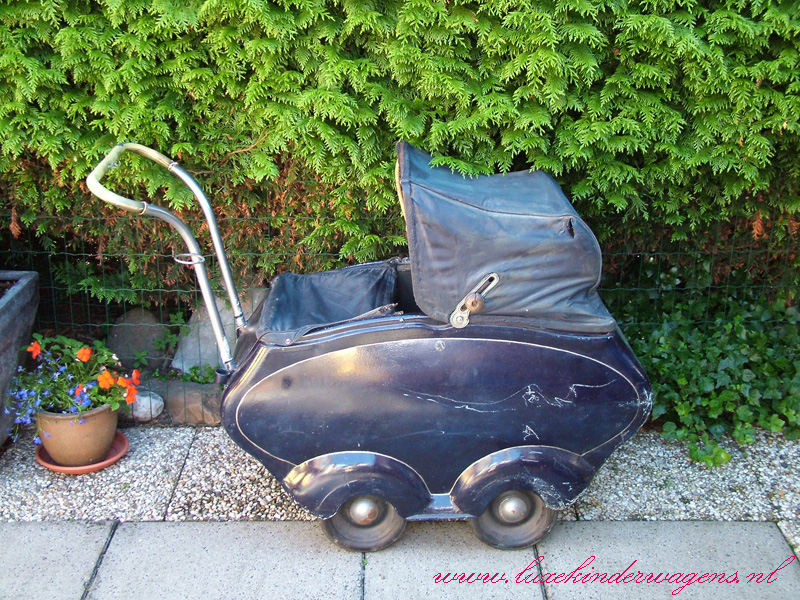 French pram. This pram is no longer in our possession. 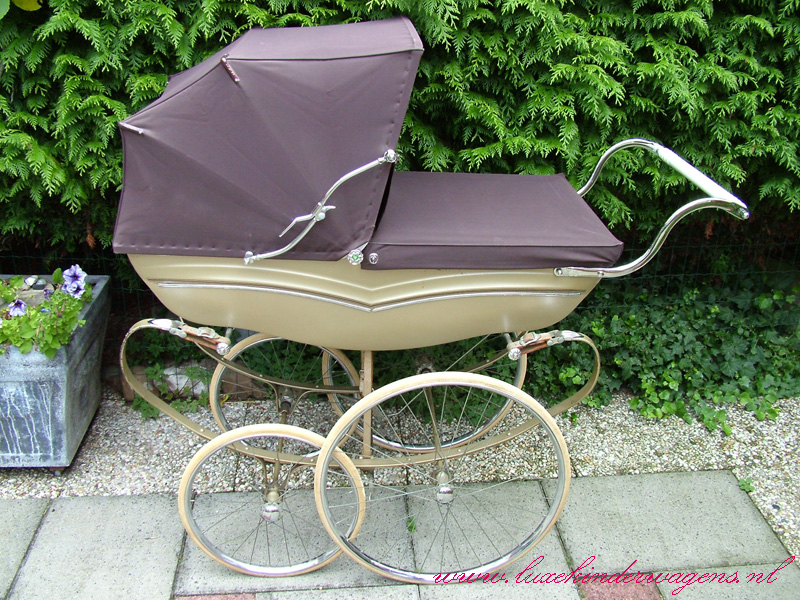 Big English pram. We still have to restore this pram. 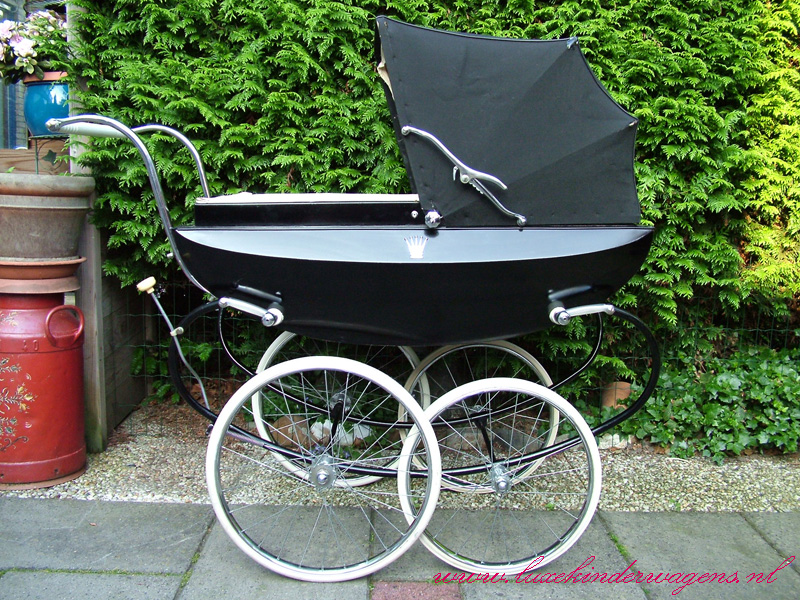 This model is probably the most sold Pedigree model in the Netherlands. 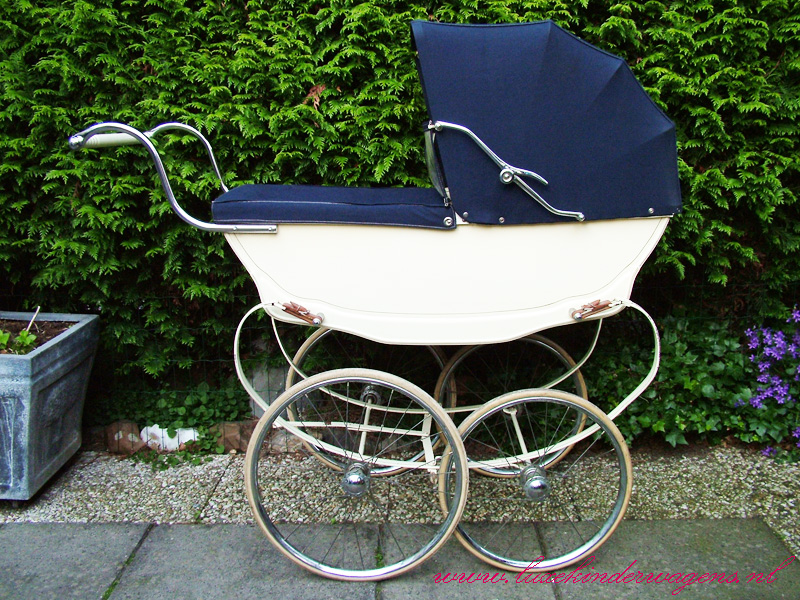 Large, chic pram that 'in real life' is more beautiful than in the photo (usually the other way around). 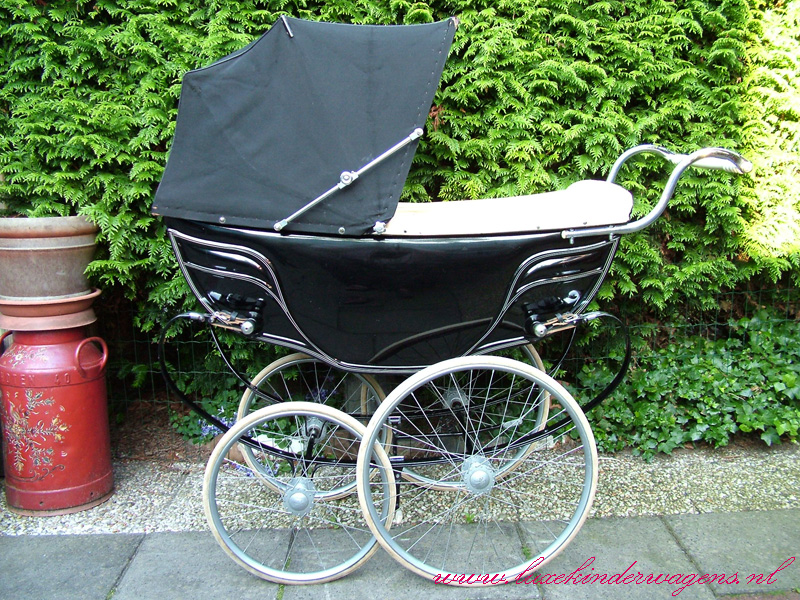